The Great episode one review: An idiosyncratic romp with a feminist core

As the future Catherine the Great, Elle Fanning plays a Pollyanna-esque teenage bride 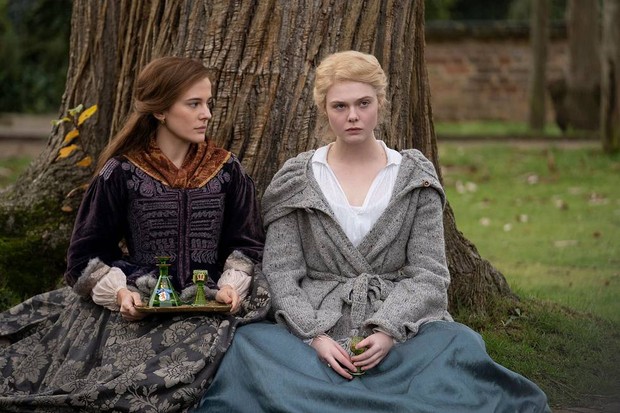 Today, Catherine the Great is known as the ruthless, clever Empress of Russia who staged a coup against her own husband, and who (urban legend it) died many years later having sex with a horse.

While the bit about the horse is patently false, the real-life Catherine did indeed overthrow her apparently idiotic husband, Peter III, and usher in a Golden Age for her country. Smart and yes, necessarily ruthless, she was Russia’s longest-reigning female ruler, taking plenty of (human) lovers along the way.

But the teenage Catherine (Elle Fanning) we first meet at the start of The Great, episode one, is a long way off her final, fearsome version. She’s almost Pollyanna-ish in her optimism, determined that her forthcoming marriage to Peter will prove a love-match, and that she’ll have a jolly old time in her new home (“They have bears. Might get one. They look cute”).

The Great (billed as “an occasionally true story”) plays fast and loose with historical fact from the get-go. Penned by Tony McNamara, co-writer of The Favourite, the series has the same feel as that same Oscar-winning film, even starring one of its cast members, Nicholas Hoult, as the vile Emperor Peter.

Catherine rocks up at court armed with a cutting of an evergreen spruce, a symbol of her ‘evergreen’ love; but it doesn’t have quite the desired effect on Peter (“She gave me a twig, she’s not another inbred is she?”).

When a blushing Catherine refers to poetic sentiments expressed in his letter to her, he clearly has no idea of its existence. “We threw a little something together,” Orlo, an anxious courtier and Catherine’s future ally, informs the Emperor.

Peter makes a terrible first impression, insulting Catherine in myriad ways during their meeting: she’s short, she smells, and her hard-up family are “f**ked”. He also clearly has something (or someone) on his mind: “I have to get back to my whores. Horses.”

But our naive heroine is still hopeful, dismissing any awkwardness as “cultural issues at play”.

A dream she has about embracing a bear is also interpreted as a positive sign for her marriage. Her attitude in the face of the vulgar, depraved, and violent court reminds you of the scene in Enchanted, when Amy Adam’s Disney princess trills out a rallying cry, expecting furry woodland animals – and instead rats and cockroaches stream in.

At her wedding, Catherine squeals with delight when her new husband gifts her with none other than the longed-for bear she had hoped for (we’ll return to the bear later in the episode). But the chained creature is a consolation prize; Catherine isn’t allowed to give a wedding speech, and she’s expected to hang out with the illiterate ladies at court, all of whom are wearing their powdered wigs as not wigs, but as hats.

The only woman she can speak to is Marial (Phoebe Fox), her maidservant and a former court lady with a bone-dry sense of humour. When Marial asks what Catherine thinks her wedding night will be like, the latter launches into a soliloquy laying out some very unrealistic expectations (“Your body rushes forth yelps, and sometimes song,” and, “Then you lie together, laughing softly, weeping occasionally with ecstatic joy”).

“Yep, that’s pretty much it,” says Marial after a pause.